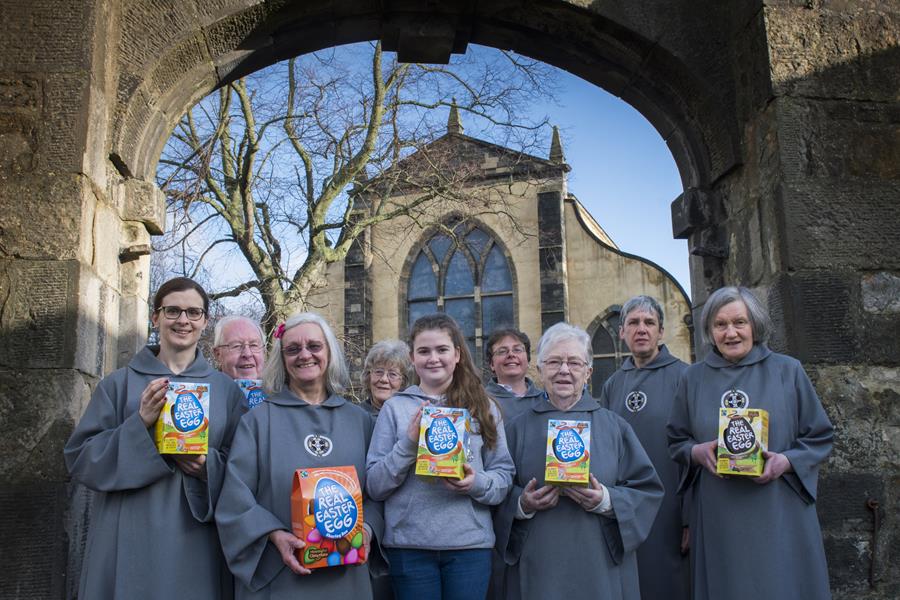 The idea for Real Easter Eggs began in 2008 when David Marshall, who founded Meaningful Chocolate, was given an Easter egg.

On the side of the box it read: ‘Easter is the festival of chocolate and loveliness’. He searched for an Easter egg which mentioned the Christian story of Easter.

It became clear that out of the 80 million eggs on sale there was not a single manufacturer who was willing to mention the religious aspects of the festival. So he asked churches and schools to help crowd fund The Meaningful Chocolate Company to manufacture the UK’s first ‘Real Easter Egg’.

For it to be a ‘Real Easter Egg’ it had to reflect the Easter themes of hope and new life and do three things – have a copy of the Easter story in the box, be made from Fairtrade chocolate and support charitable causes.

Ten years on more than a million eggs have been sold with over 750,000 sent through the post. The rest have been sold through retailers and supermarkets. Nearly £275,000 has been donated to charitable projects with Fairtrade Premium fees paid to farmers allowing them to buy everything from school books and solar panels to providing fresh water.

As such The Real Easter Egg campaign is one of the biggest evangelism initiatives in the UK. It crosses all denominations and offers a simple way to share the Easter Story.